One of the biggest concerns with wind energy is reliability. After all, if the wind isn’t blowing, turbines aren’t turning and electricity isn’t being produced. However, this would not be an issue because utility companies already have to deal with huge shifts in energy consumption during the day and are equipped to deal with the problem. Additionally, wind patterns are predictable, allowing for planning for energy swings.

Although some people argue that a disadvantage of wind farms is that they take up lots of land, an advantage is that the ground below the turbine can be used to grow crops too.  Many farmers and ranchers can boost their income by leasing some of their cropland for wind turbines  while still growing crops or grazing cattle around turbines.  This allows us to kill 2 birds with one stone! 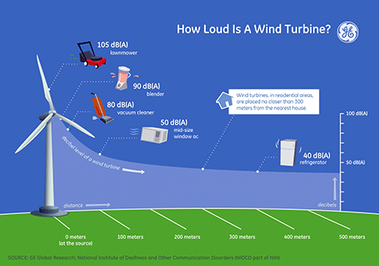 Wind turbines aren't as loud as people seem to think.  They are only loud if we get near them, but most of us won't ever be near some, unless we happen to drive past a wind farm.  Even then, the noise will last until you pass it, so noise shouldn't be an issue!
Powered by